It is not a Hobby Hotel Music 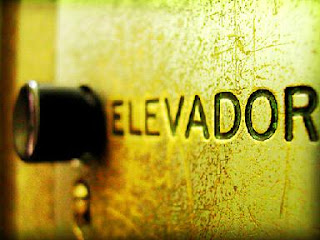 It is very common people listen Bossa Nova and thinking it is something that they have listened before in any elevator or in a hobby hotel. The song that has inspired people around the world was created fifty-nine years ago with a lot of Jazz influence. However, what exactly is Bossa Nova and what differences it has from Samba, the most famous Brazilian style-music, and why this is not the only similarity between them, is what you are going to find next.
The most important similarity between Bossa Nova and Samba is that they both were originated in Brazil. Bossa Nova was created at the beginning of the 50’s by Antonio Carlos Jobim (Tom Jobim), when Brazil initiated a cultural and economic revolution which was worth a new name: the new wave (Bossa Nova). Although, it was invented by Jobim, it is impossible to talk about Bossa Nova and do not mention Vinicius de Moraes. Together, Vinicius and Tom, have composed the most popular song “Girl from Ipanema” (Garota de Ipanema as you say in Portuguese). Original of the same country, but older than Bossa Nova, Samba is the root of the Brazilian’s music and culture. Like Blues, Samba is an "invention" from black African prisoners interned in the huge South American plantations. Therefore, if the Blues is sad like a cotton field, samba is cheerful, furious, and sunny. The Brazilian environment and a less fierce form of slavery there promoted a completely different Negro-American expression, resulting from the same reasons but in completely different conditions. The samba grew, of course, in the most colonized regions, first, in Rio de Janeiro, but also in São Paulo and Bahia. Closer to the Blues the song are more nostalgic than sad. Although, Samba has a lot of in common with Bossa Nova, and vice-versa, they rhythmic are very different.
In fact, samba and Bossa nova have this particularity: while samba has a very fast rhythmic and it can be dance (it is a very fast dance and Brazilians girls shake their hip with strong skills to amazed watchers), Bossa Nova is soft and has a different beat (and usually you do not dance Bossa Nova, just enjoy it!). Samba is faster because it is played with various percussion instruments: “repique”, “surdo”, “caixa”, “ago-go”, “pandero”, “tamborim”, “cuica”, and “chucalho”. Those instruments are incorporated into an authentic Brazilian Samba and when played together they are called “batucada”, which has one hundred and seventy beats per minute. The structure of both genres of music styles is very strong and marked by some dissimilarity.
While Samba music traditionally dealt with the hardships of the Brazilian working class, and poor people from “favela” (ghettos), Bossa Nova focused on the idyllic atmosphere of the prosperous neighborhoods along the beaches of Rio de Janeiro. Similarly, Bossa Nova composers and musicians tended to come from the middle and upper classes. To reflect its theme of a luxurious lifestyle, Bossa Nova borrowed the melodious chord structures found in American jazz while retaining the drum rhythms of Samba, but at a slower and more relaxed tempo. However, even with many similarities and contrasts, Bossa Nova and Samba can be enjoying nowadays with the same passion from the past and there is no one better than the other.
They both come from the same region and, for different reasons, became very important for the national culture in that country. Because of that, do not try to say a Brazilian that their song sounds like a hobby hotel song for you. It is like to say their “national anthem” is not fun, and ordinary enough to be listened in an elevator!
Postado por Helena Rios Angel

I recently came accross your blog and have been reading along. I thought I would leave my first comment. I dont know what to say except that I have enjoyed reading. Nice blog. I will keep visiting this blog very often.